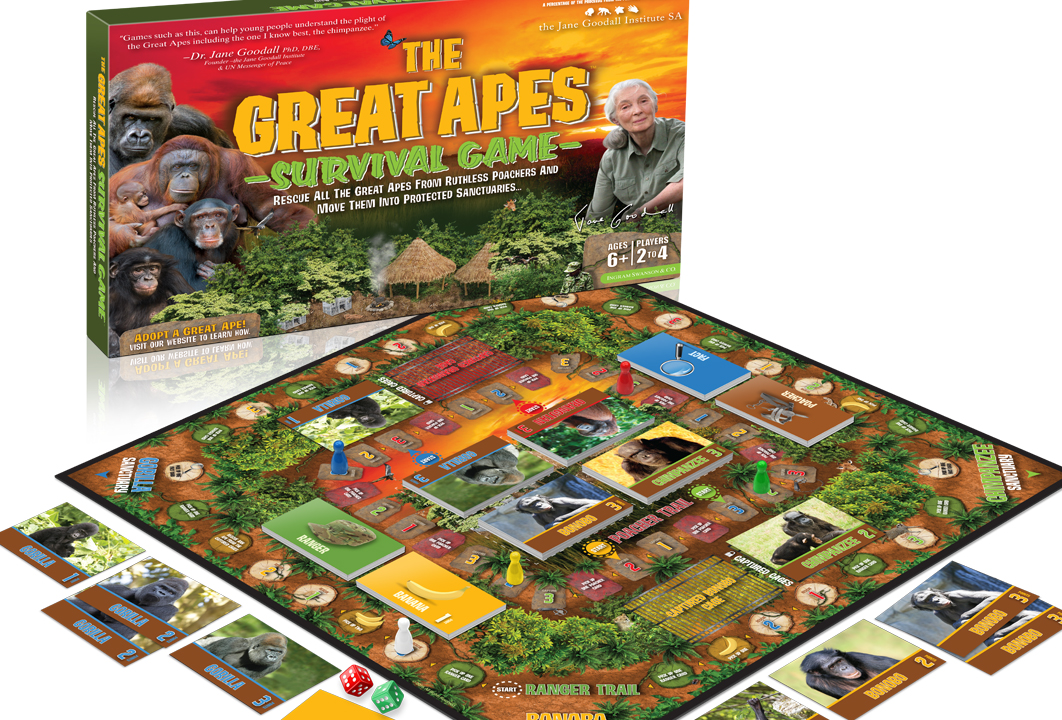 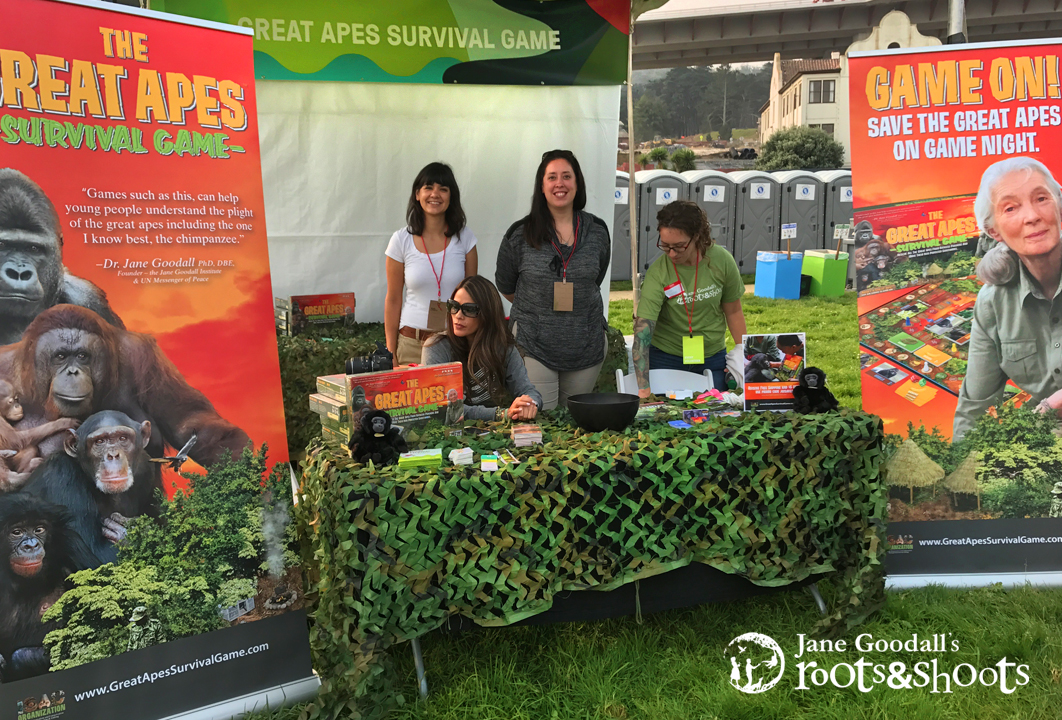 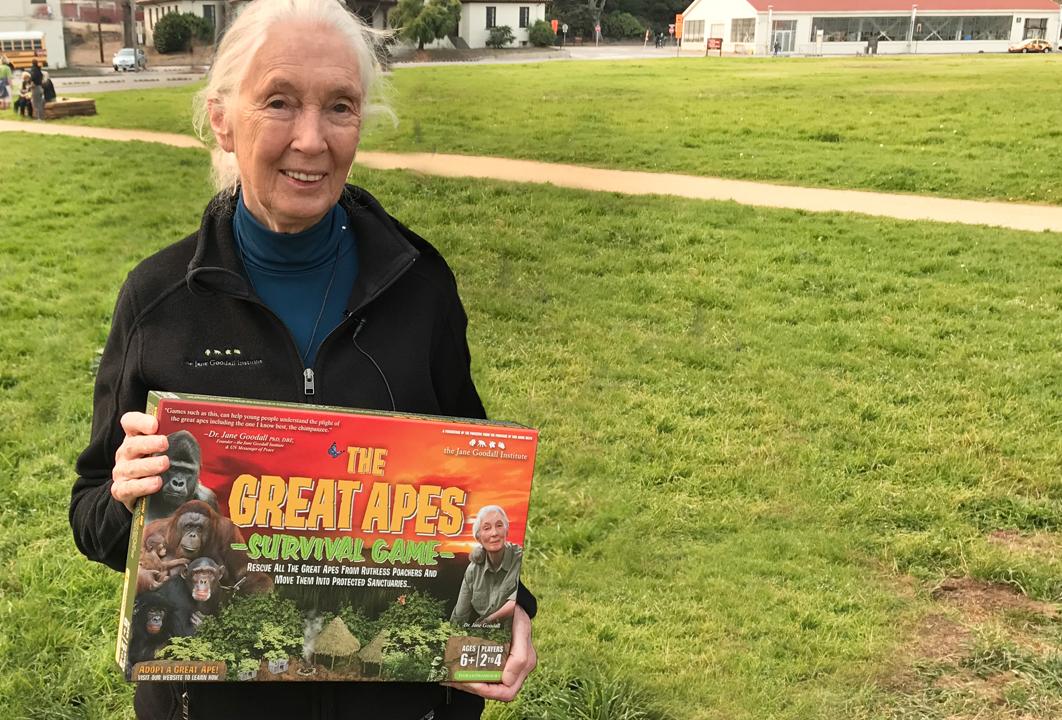 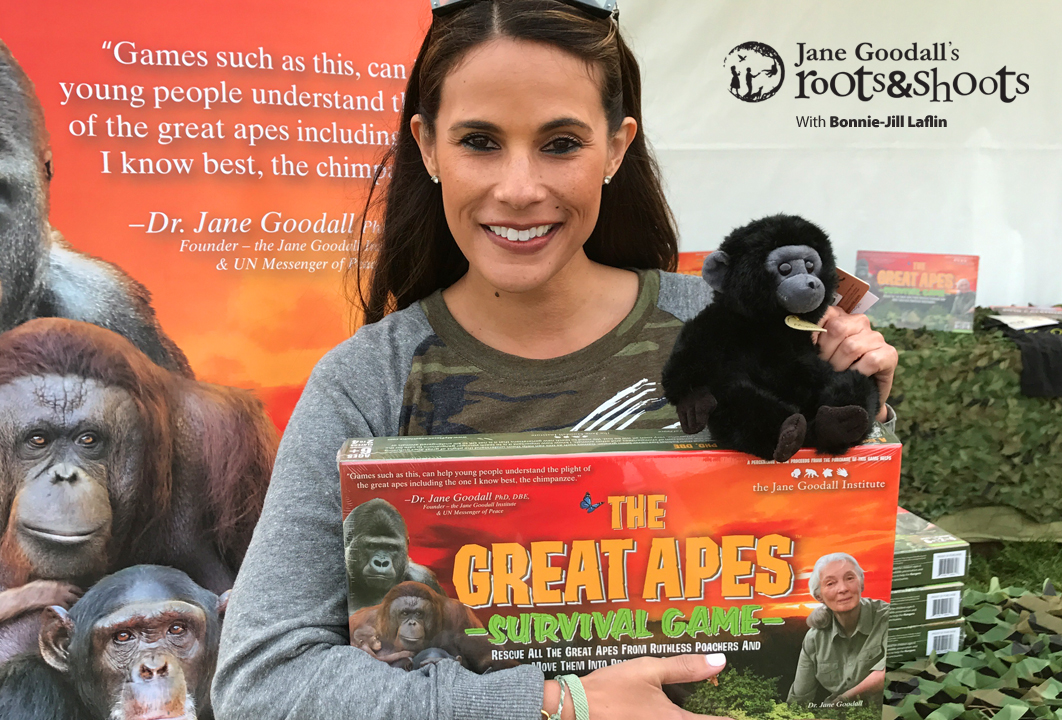 Creating the Great Apes Survival Game was an ambitious endeavor to create a game that educated children and families about the plight of endangered great apes and to provided a sustainable vehicle to gift proceeds to various non-profit organizations.

We used photographers from around the world to contribute to all of the playing cards in the game and we ensured that none of the apes photographed were at zoos, were someone’s pet, or that they were in harms way. The apes on the cover were all carefully “Frankensteined” together using features from other apes in order to establish the character grouping we desired.

We were able to secure licensing from the Jane Goodall Institute to use images of Dr. Goodall. It was an incredible honor and privilege to have her partake in writing many of the fact cards found within the game.

Shown in the photos, Bonnie-Jill Laflin joined us and Dr. Jane Goodall to promote the game. Bonnie-Jill Laflin is an American model, television personality and sportscaster. Laflin has also worked as an actress and most notably as a scout for the Los Angeles Lakers, making her the league’s first female scout.

Currently, this game is sold online and in a number of animal sanctuaries in the US and abroad. Our goal is to get it into larger retail environments.

If you would like to purchase this game, please visit www.greatapessurvivalgame.com